Let me start by saying I’m incredibly underqualified to discuss anything about politics.

On the other hand, lots of people are underqualified, and that doesn’t stop them from getting into flame wars on the Internet. And what, my understanding of politics is going to get better if I avoid thinking about it? That’s literally the opposite of what you should be doing if you want to understand politics.

So here’s how this post is going to go. I explain how I view politics and politicians. And that’s it. No follow-up. I wait for people to object to the stupider things I say, and then I don’t reply to their objections unless I want to.

I have two golden rules about politics.

Let’s break it down.

The Power to Change the World

What they want power for? Some people want power for the feeling of dominance over others. The euphoric feeling they get, when they tell people what to do, and it actually happens the way they asked it to get done.

Power is my mistress. I have worked too hard at her conquest to allow anyone to take her away from me.

I know some political scientists claim that having power is the only desire of politicians. That’s not entirely wrong, and it’s also not entirely true. If someone wanted only power and nothing else, they’d probably have an easier time in the private sector. (I’ll freely admit this is just my intuition talking.)

That leads to the second part of the rule. When I look at a politician, I see somebody who believes world order is broken. When someone runs for office, their entire thesis is that they’d be a better leader than the current one. So of course they want power - the people in power are doing it wrong!

It’s somewhat icky to admit out loud, but sometimes the first step to improving the world is a naked grab for power. If you have influence, it makes it much easier to convince people to act the way you think they ought to.

That being said, how much this altruistic desire matters is dependent on the politician. A town mayor is more likely to care about helping people. A senator is closer towards the end of power for power’s sake. Someone running for president almost certainly has power as their primary goal. Only a very hungry sort of person would look at the presidency, look at the incredible stress is causes, consider the increased odds of death by assassination, understand that a large part of the world is going to hate them with undying passion, and conclude that yeah, they want that. 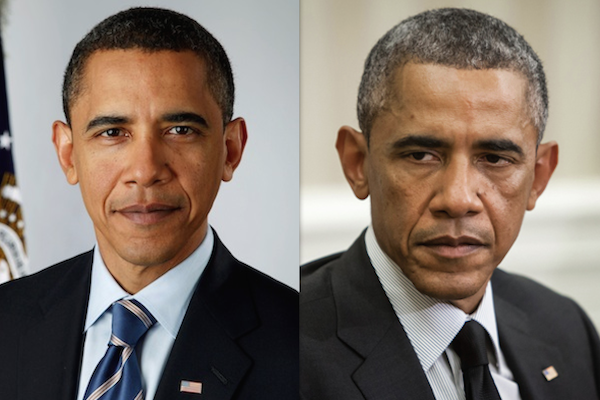 (As a corollary, I’m not bothered when people attack politicians for being opportunists. I expect this of them. Whether they do so discreetly or openly doesn’t influence my opinion by much.)

Even the most cynical interpretation of politics doesn’t sound that bad to me. When I was an intern, the city mayor visited our office, to talk about the role of technology in government. During the Q&A session, an audience member asked how politicians could justify switching positions so often. The mayor said that of course politicians are going to switch positions to match what votes want to do. Otherwise, they wouldn’t be representing their constituents.

I saw his reply as a positive spin on this: even politicians motivated only by power have to follow the will of the voters.

If a majority of the country agrees that interracial marriage should be legal, and a politician says they don’t approve of it, they’re going to lose their next election, badly. And therefore every politician agrees that interracial marriage is okay, despite the fact that as recently as 2013, thirteen percent of Americans did not approve of marriage between blacks and whites. I’m guessing the fraction is lower among members of Congress, but there are over 500 people in Congress. I think it’s reasonable to assume at least one privately disagrees with interracial marriage, but goes along with it publicly.

Votes are the means by which the public keeps a politician’s desire for power aligned with the public’s interests. Unfortunately, what’s best for the nation isn’t always what the nation wants, but that’s the world we live in. Someone who doesn’t pander for votes is going to lose their election to someone who does. And remember, the whole reason people go into politics is because they believe they’ll do a better job than everyone else running.

It does bother me that politicians may be saying things they don’t believe in, but considering the other upsides of democracy, I’m not too upset about the current state of affairs.

“How About a Nice Game of Politics?”

Take a bunch of people, all interested in advancing their own agenda. Then throw them into a room, and tell them they have to agree on something.

That’s what Congress feels like to me. Hence, the second rule of politics: no one gets everything they want.

The president has a lot of power, but the president isn’t a dictator. Similarly, a congressman or congresswoman is just one person in the House of Representatives. Governments are huge systems of incredible complexity. All things considered, it’s surprising they actually work.

To advance their pet issues, politicians have to balance their personal convictions with the realities of their situation. People who stick to their guns and refuse to make concessions tend not to get anything done.

[BURR]
You got more than you gave.

(Hamilton, “The Room Where It Happens”)

That’s not saying stubbornness doesn’t have its place. Weaponized stubbornness can be a powerful tool. Consider the Obama administration. The broad narrative I heard from my decidedly Democratic bubble was that Republicans blocked Democratic legislation by being obstinate.

If you ally yourself with the blue tribe, sure, that sucks. But think about the broader play. Republicans stall the legislative process, making voters disillusioned by Democratic leadership. That gives ammunition for Republicans to use in upcoming midterm elections, which already tend to swing against the president’s party.

The Democrats know all of this, but the clock is still ticking on this power play. They now have two options. Make huge concessions that get their bills through (at the cost of the bills’ original spirits), or gamble that painting Republicans as do-nothings will be enough come election time.

Which move was right? Or were there other moves? I don’t know. The point is that politics is messy. You don’t get into Congress without some level of shrewdness. Backroom deals are all a part of the game.

You can try to rise above the game, proclaiming that governments should hold themselves to higher ideals. Then you lose to the people who compromised their principles and accepted money from lobbyists.

Politicians have to learn how to navigate this mess, or else they’re not the leader they promised voters they were going to be.

That means quid pro quo. It means advocating for something you don’t believe in, because you were promised support for the bill they care about. Accepting money from lobbyists even if you don’t want to, because you’re stuck in a political prisoner’s dilemma. Over time, politicians become exactly the kind of person they hated as teenagers.

In short, politics is where ideals go to die.

What Guides My Vote?

Given this lens, what makes me decide I should vote for a specific politician?

My main goal is to support politicians who publicly support causes that match my belief. They could be lying, but guessing what they believe behind their claims is a road towards madness. It’s easier for me to trust what they say. And if they don’t actually believe in their cause, who cares? They have to support it to get votes, and if they didn’t try to support it after getting elected, they’re not getting my vote again.

My secondary goal is to support politicians that hold council and deeply consider the best solutions to issues. Politicians are trying to make the world a better place, but they’re not going to be experts in everything. Good politicians stay informed by surrounding themselves with experts and asking them questions. Great politicians actually change their position after talking to their experts.

(This is why I’ve never been very bothered by attacks based around politicians flip-flopping. Why should I care that they voted against something four years ago, if they’re voting for it now? Is it really that unreasonable that they changed their position?)

Finally, I support politicians who look like they’ll actually get things done. I’m much fonder of proposals that push the status quo by a bit instead of a lot. It’s hard enough to pass a bill. Proposing a radical bill that most of the legislature hates sounds pointless. All it does is proclaim you have strange beliefs. That’s interesting, but it doesn’t lead to actual results.

Well, there you have it. My broad views on politics. I’d like to think that it’s not totally wrong, but we’ll see how it goes.

If you had any objections, I’d appreciate it if you could comment. And if you agreed with what I said, I’d also appreciate comments, to get confirmation that I’m on the right track. I suspect readers of this post in particular will be more politically aware than me, and if I expect politicians to evolve their policy by asking the advice of experts, I should ask the same of myself.