Among the many excellent sequences of Ra, this is in my top 3. To set the stage: Laura and Natalie have just come back from a harrowing experience in the shared dreamscape called Tanako’s world. In that dreamscape, Laura killed someone. Natalie is not happy.

(For brevity, I’ve cut out some of the middle paragraphs.)

Natalie pulls Laura aside. “I need you to do something for me.”

“I need you to stop killing people.”

“You killed that person,” Natalie says to Laura. “You could have vented the energy upwards, away from all of us. You vaporised him and you didn’t need to.”

“He was threatening lives!”

“You had neutralised that threat. That makes it murder.” Natalie’s tone of voice isn’t even accusatory. It’s completely flat.

“I don’t understand what you’re saying. It was a dream.”

Laura steps through her memories one at a time. She remembers walking home. She walked all the way back from her memory palace to Tanako’s world to the fissure to reality. It’s a continuous record. “…We’re awake right now, right?”

“That’s the null hypothesis,” says Natalie. “Until you can prove otherwise, always assume you’re in reality. Now, repeat after me: ‘We don’t know what happened.’”

Thus, one of the following must hold true.

And if the last holds true, we are very likely living in a simulation.

I accept this argument, with a small extension. It goes like this: we’re probably a simulation, but I don’t give a shit. Why should I? It’s real to me.

In essence, I’m Cypher from The Matrix. Except, you know, with less murder, and less betrayal, and less facial hair. 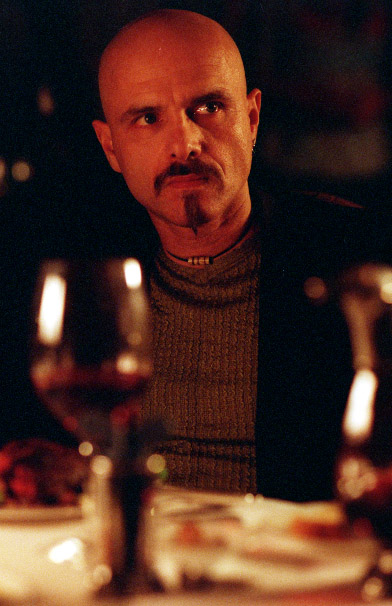 A guy who isn’t wrong. He’s just an asshole.

The null hypothesis is that the world is real.

What if I was given proof that the world was a simulation? Let’s handwave the details, and assume that this proof is incredibly convincing and almost impossible to fake.

Well, it doesn’t change my position. Okay, now I know for sure the world isn’t real. It’s still real to me. Presumably I don’t get access to anything that lets me alter my simulated reality, so I have to keep going along anyways. I’m not bothered by knowing the world’s rules were constructed by some third party.

A similar argument holds for perfect crimes. By definition, if people commit a perfect crime, there is no evidence of that crime. It is impossible for me to distinguish between a world with perfect crimes and one without perfect crimes, so I shouldn’t bother thinking about it.

Okay. What about virtual reality?

I got to try out a virtual reality headset last week, and it’s quite impressive. Right now, it’s still slightly off from reality, but there were moments where I genuinely forgot I was standing in a room.

So, let’s up the ante. Suppose VR technology starts looking very similar to reality. You put on a VR headset, and jump into a constructed world. Are you ethically obligated to act as if the constructed world is reality, or are you free to act amorally?

At this point, I’m actually not so sure. Here’s something I call the Reality Turing Test.

If you agree with my position, then at some point in the future video game designers are obligated to keep VR video games as unrealistic as possible, to maximize the gaps between VR and reality. A video game protagonist is a monster by reality’s standards, and acting like one in high-fidelity VR is too close to acting like one in reality for my tastes.

Reality may be the null hypothesis, but in a future where we can approximate reality to high-fidelity, it may not be the only null hypothesis. That’s creepier than you might think.

We’re not there yet. I’d say we’re not even close to there yet. But the ethics are interesting to think about, and we can’t punt them down the horizon forever.

“You know, choosing not to choose isn’t really a decision.”

I’ve made my choice. Perhaps now, you’ve made yours. In either case: may your null hypothesis be rich and enlightening.

If you like thinking about things like this, I recommended: I don’t know, Timmy, being God is a big responsibility, Inception, The Matrix (just the first one), and the TVTropes article on Lotus-Eater Machines. And of course, Ra, but that’s longer than the rest.)