I’ve played Magic: the Gathering on and off for nearly 15 years. It’s a great card game, with tons of depth. It’s only downside is that it can get pretty expensive. So when I heard Wizards of the Coast was working on a free-to-play version called MTG Arena, I signed up for the beta. I was lucky enough to get an invite, and the beta’s recently went out of NDA, so I figured I’d give some first impressions.

This is the first digital implementation of Magic I’ve ever played. So far, the implementation feels smooth. The animations add a bit without getting in the way, and rules-wise I’ve yet to hit any problems. I have run into issues with the auto-tap though. In one game, I was playing a UB control deck, and played one of my finishers with Cancel backup. I didn’t realize the auto-tap had tapped all my Islands until my opponents turn, and it made me lose. But I chalk that up to unfamiliarity with the interface. It was a one-off mistake and I haven’t lost like that since.

At times, I’ve also found it annoying to clear the stack when a lot of triggers happen at once, but I’m willing to accept that as a consequence of Magic’s rules engine. It doesn’t “pop” as much as Hearthstone does, but the core gameplay is a lot more interesting to me, and that’s what’s bringing me back.

The experience right after the NDA drop was pretty magical. Everyone’s account got wiped, and you can’t spend real money yet. Not only was everyone on a level playing field, no one could pay-to-win their way to a strong deck. The end result was like a massive, worldwide Sealed league. For the uninitiated, Sealed is a Magic format where every player gets 6 booster packs and builds a deck out of those cards. A Sealed league is a Sealed tournament that runs over several weeks. Every 1-2 weeks, players add an extra booster pack to their card pool.

Arena is working in almost exactly the same way, thanks to the slow unlock rate. And therein lies the problem. Most people have terrible decks, because it’s currently very difficult to build good ones, even if you spend a lot of time playing the game.

Now, I was planning on writing a post complaining about the economy, but then I read a really good post that covered everything I wanted to cover, and I realized I had nothing to add. Instead, I’ll share some points I realized.

I have a lot more respect for Hearthstone’s core economy. I don’t like where Hearthstone’s gameplay has gone, but the core dusting and crafting mechanics are well designed. 30 card decks with at most 2 copies of a card makes it easier to build a collection. The 3rd copy of every card can be disenchanted for free, and the 1st and 2nd copy can be disenchanted too if you don’t think that card will be useful in the future. In MTG Arena, I have to open 4 copies of a common before I can make progress towards the Vault, which is Arena’s equivalent of disenchanting.

The developers of MTG Arena said they decided against a disenchant system because it created feel-bad moments when people disenchanted cards they needed later. That’s true, but in its place they’ve created feel-bad moments when players open cards they don’t want, with little choice on how to turn them into cards they do want. I own several commons where I have 3 unplayed copies of the same card, and I can’t do anything with them.

At a broader level, I’ve started appreciating the fragility of things. The best part of my MTG Arena experience was at the beginning, when everything was new, people were still figuring out the meta, and draft chaff decks were competitive. Nothing about that environment was going to last, but I didn’t expect it to. In many ways it reminds me of the early years of the brony fandom. A ton of ridiculous stuff happened, and no one knew where the fandom was going, but just being on the ride was exciting. The first BronyCon must have been insane, because I doubt there was a good understanding for what a brony convention should aspire to be.

The fandom has cooled down since then. Content creators settled in. Conventions have become more like institutions. Season 3 didn’t help, given that it was disappointing compared to Seasons 1 and 2. The fandom’s still going - Season 8 premiered last week - but it’s condensed into something that’s lost a lot of its initial magic.

The question is whether people should have expected the brony fandom to keep its magic forever. On reflection, ponies were never going to stay as culturally visible as they were in 2011 or 2012. I feel a heavy part of the fandom’s growth was its unexpectedness. Very few people expected a reboot of My Little Pony to actually be good, and it was that surprise that pulled people in. Now that people know it’s a cartoon that people like, there’s less pressure to see what all the fuss is about. 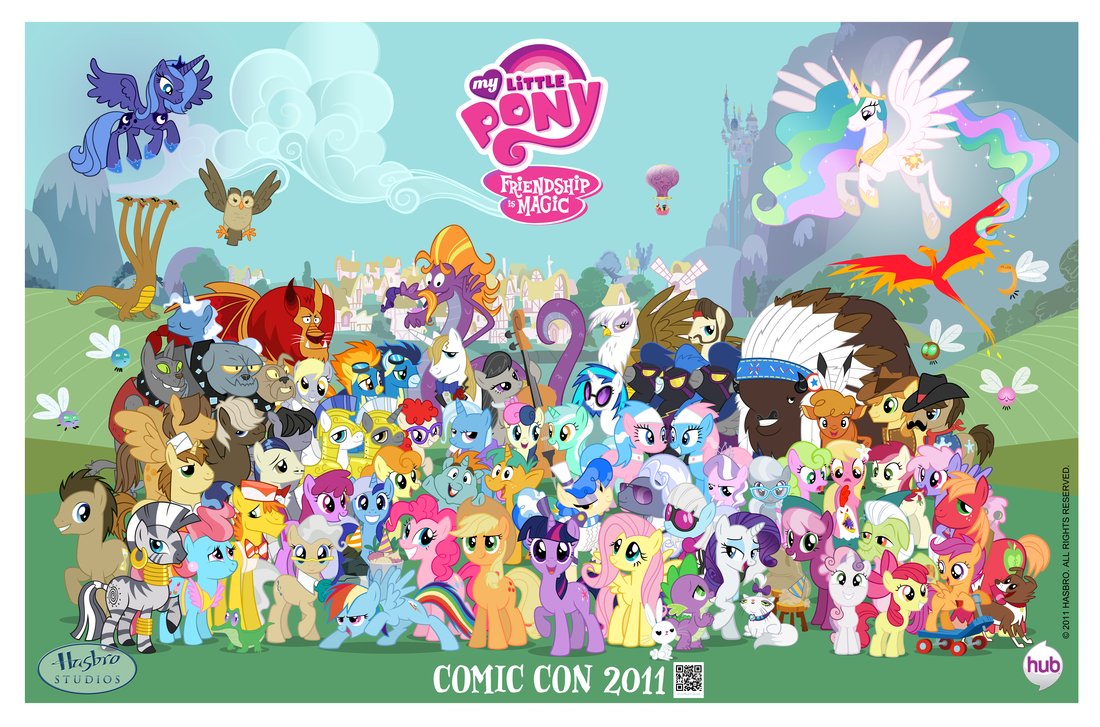 There’s nothing wrong with that. Cultural touchstones come and go. But if your definition of “fandom” is calibrated to the peak insanity of that fandom, then everything afterwards is going to be a disappointment. I saw a Reddit post asking if research in deep learning was slowing down. I don’t think it is, but I do feel there have been fewer fundamental architecture shifts. There were a few years where every state-of-the-art ImageNet model introduced a new idea, and if you were watching the field at that time, the field would have looked ridiculously open. It’s a lot less ridiculous now.

I’m not a big fandom jumper. I tend to get into a few fandoms, and then stick with them for a long, long time. And for a while, I looked down on people who did jump fandoms. It felt like they were chasing the high of the new thing, that they were in love with the collective enthusiasm of fandom, instead of the work the fandom was based on. I didn’t see them as “true fans”, because as soon as the next new thing came around, they’d leave. I don’t look down on this behavior anymore. If that’s what people are looking for, who am I to judge?

It’s just that if the community does get worse, I don’t think it’s productive to complain about “the good old days.” Analyzing it or trying to fix it is fine, but I suspect that many communities start because of forces outside of their control. People get pulled in, those outside forces go away, and then when things change, people blame the community for “ruining things”, or “destroying the fandom”, instead of blaming the disappearance of the outside forces that made the community grow in the first place.