I play a lot of video games. They’re fun!

I’ve learned a bit of video game design, and it’s really interesting. Much like cinematography, there’s so much you don’t consciously recognize until someone points it out to you. Good design is invisible, and it’s much easier to notice its absence than its presence. That can make design infuriatingly difficult to understand, so today I decided to explain what I’ve learned so far.

Before I get into the meat of things, I should cite my sources. I’m cribbing from the Sequelitis video on Mega Man (warning: lots of swearing) and the TVTropes page for Instructive Level Design.

As I’ve said before, video games take place in a constructed world. The first thing any video game does is teach you those rules. If you don’t know the mechanics, how are you supposed to play the game?

What makes video games unique is that they can teach you the rules while you’re playing the game, without ever explaining them to you outright. This is what makes well-crafted video games so fun to me. It feels like I’m genuinely learning something. I get guided through simple challenges, which are then composed into larger ones. When done properly, playing a game feels like solving a puzzle where your subconscious already has part of the solution. Everything flows.

Let’s talk about Super Meat Boy. It’s a really, really well designed platformer. It’s also hard as balls, but only in the later levels. The first world is easy, because it focuses on teaching the core mechanics. 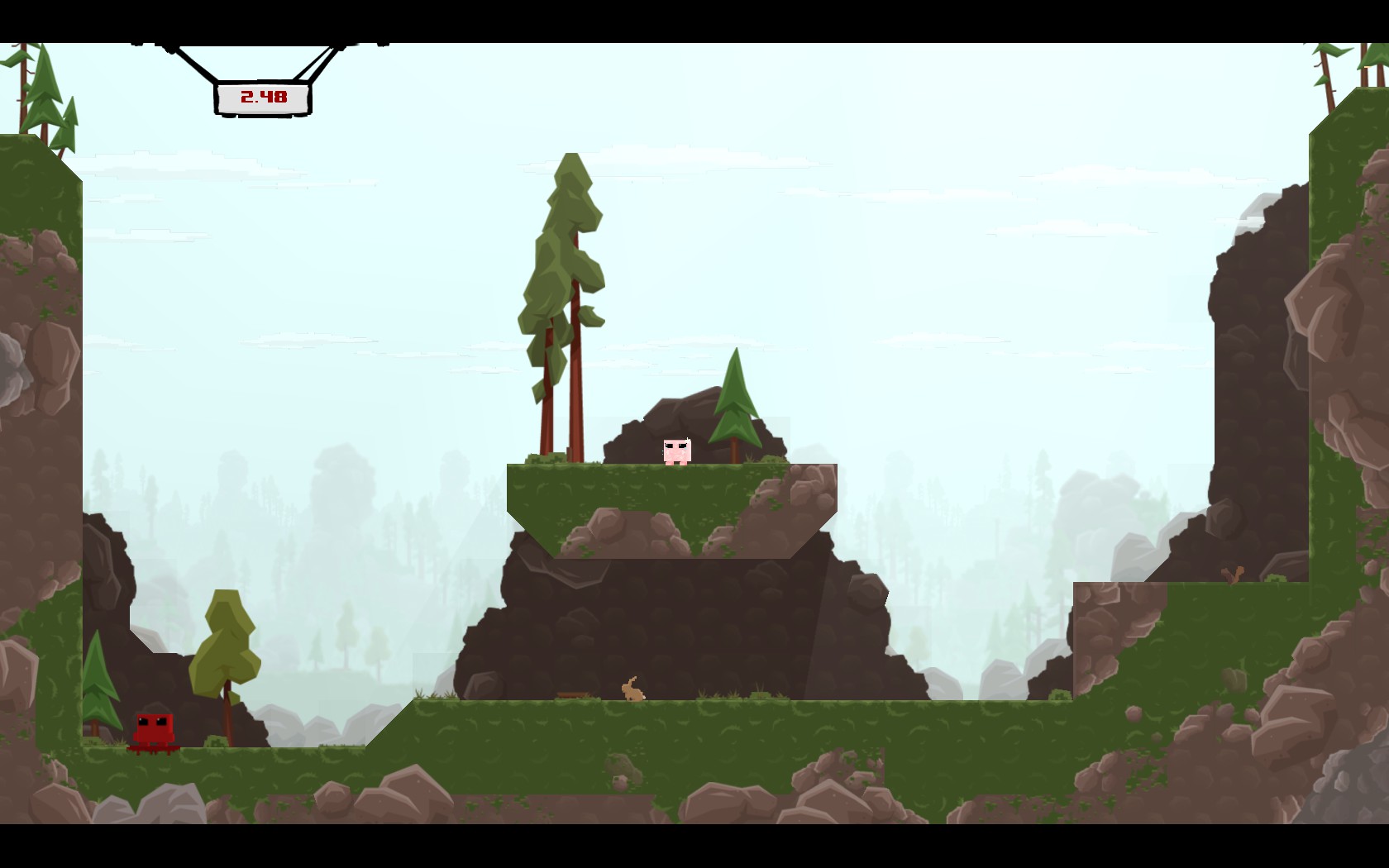 You touch Bandage Girl (the pink square) because there’s nothing else in the level, and after a few loading screens you move to 1-2. 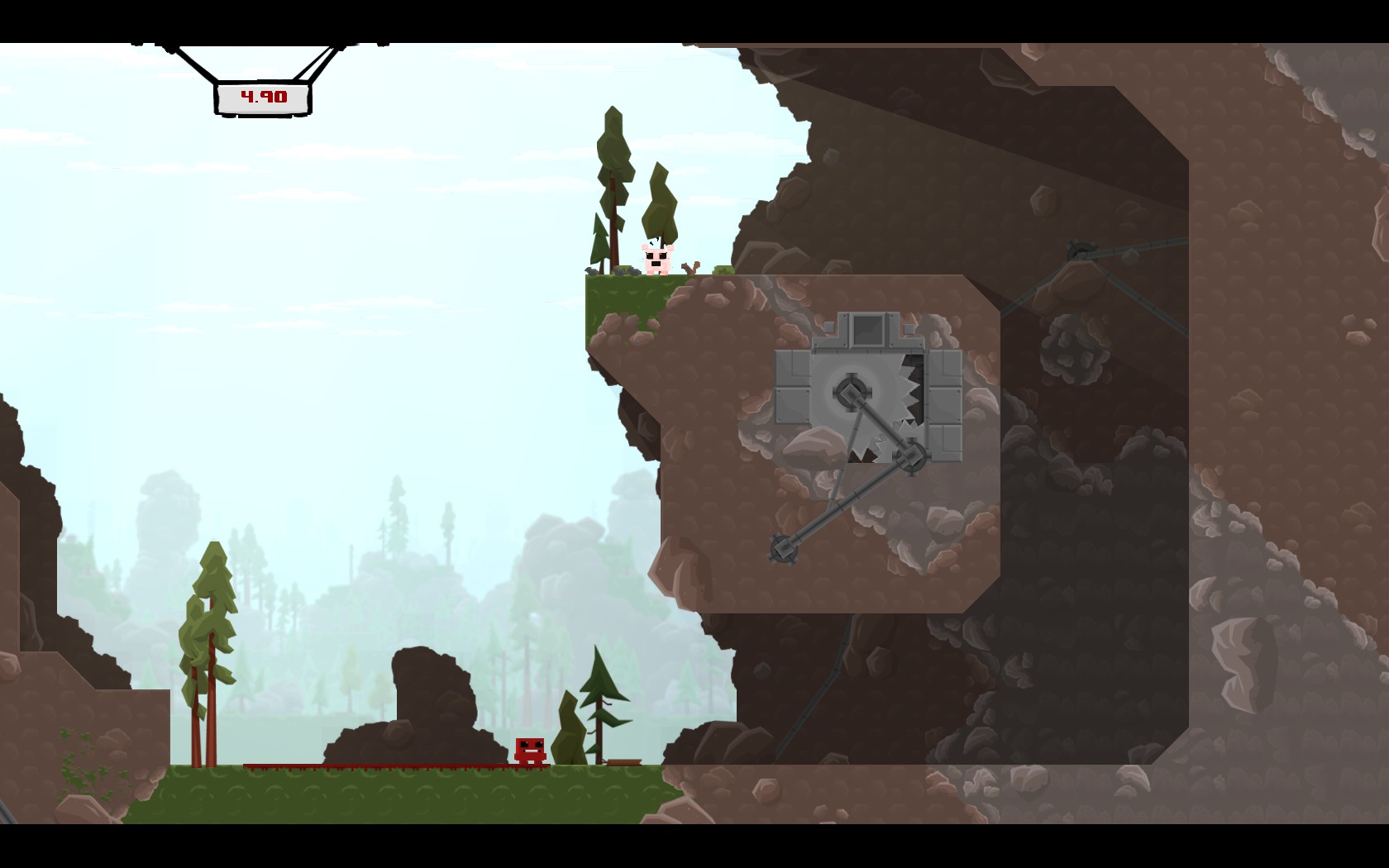 Wow, Bandage Girl is really high and there’s no platforms to reach her! You might get curious and try jumping to the terrain on the left. If you do, you’ll learn you die if you go outside the level.

Once that happens, the only thing left is to jump towards the wall. You try pressing buttons, and learn you can walljump to cover vertical space. Walljumping up the corridor takes you to 1-3. 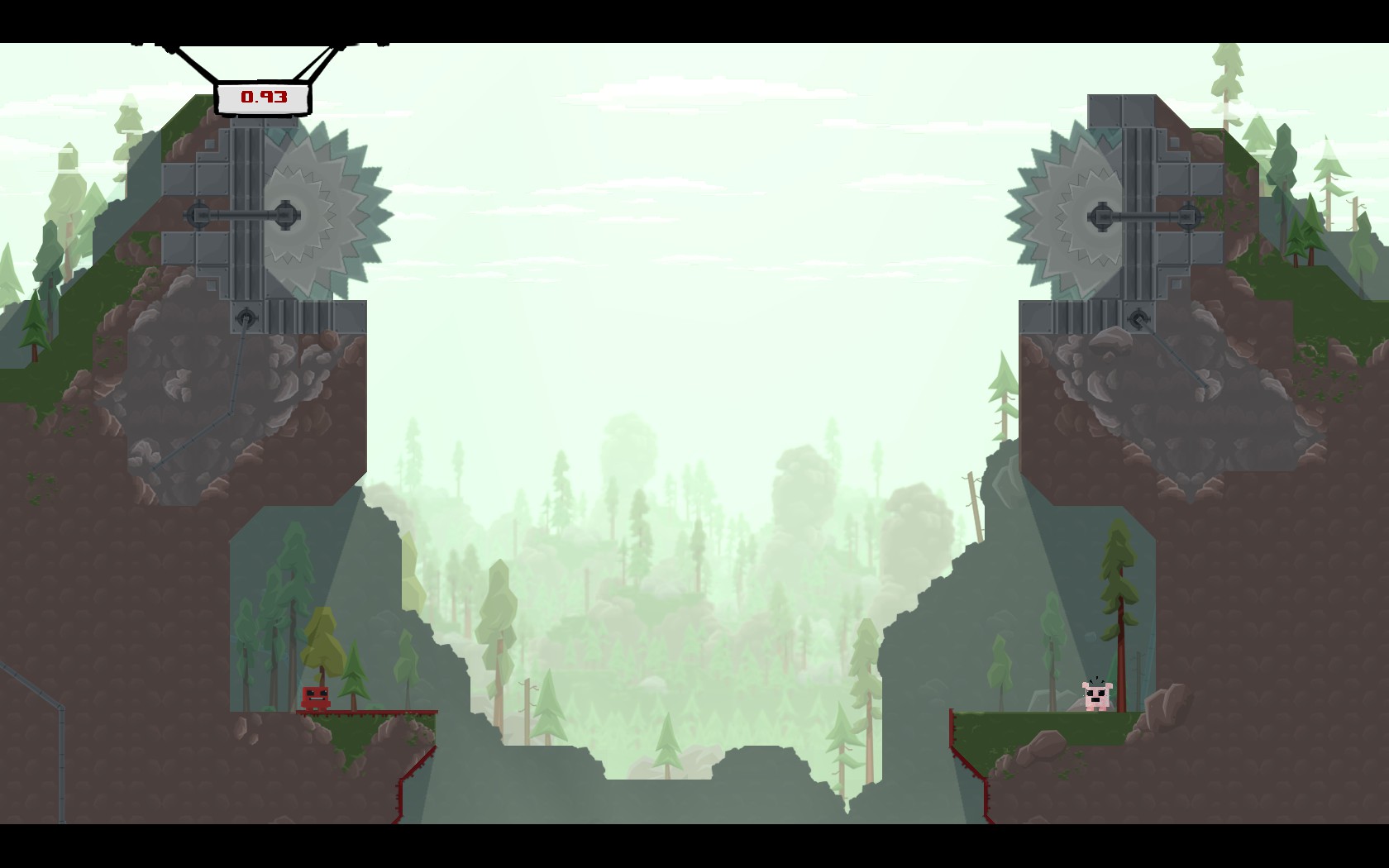 This gap is too big to cross unless you hold the run button before jumping. Also, more decorative buzzsaws. 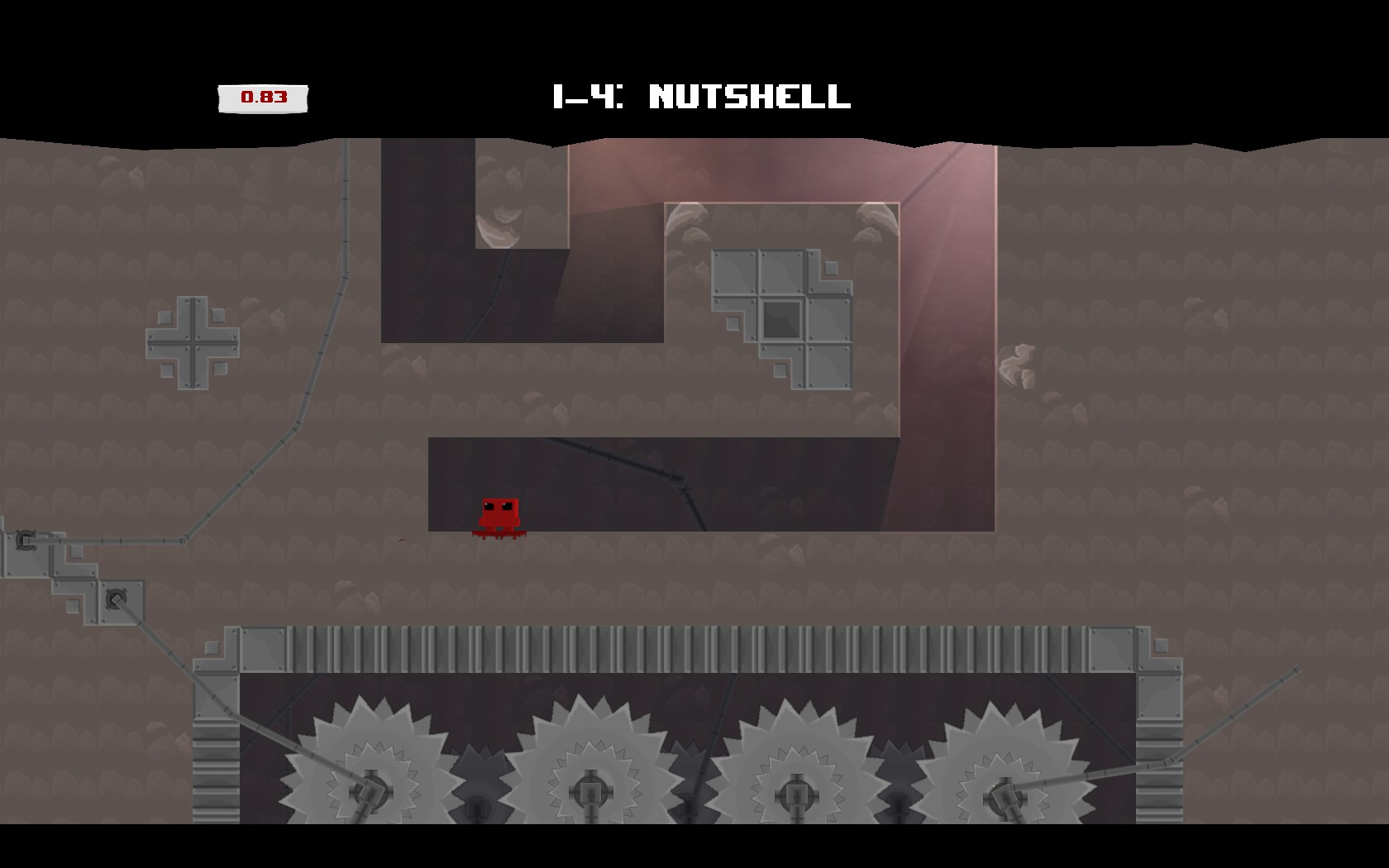 So many buzzsaws! This level takes the walljump you learned in 1-2 and makes sure you know how to do it. So, you start jumping, and then you notice something - the screen scrolls. 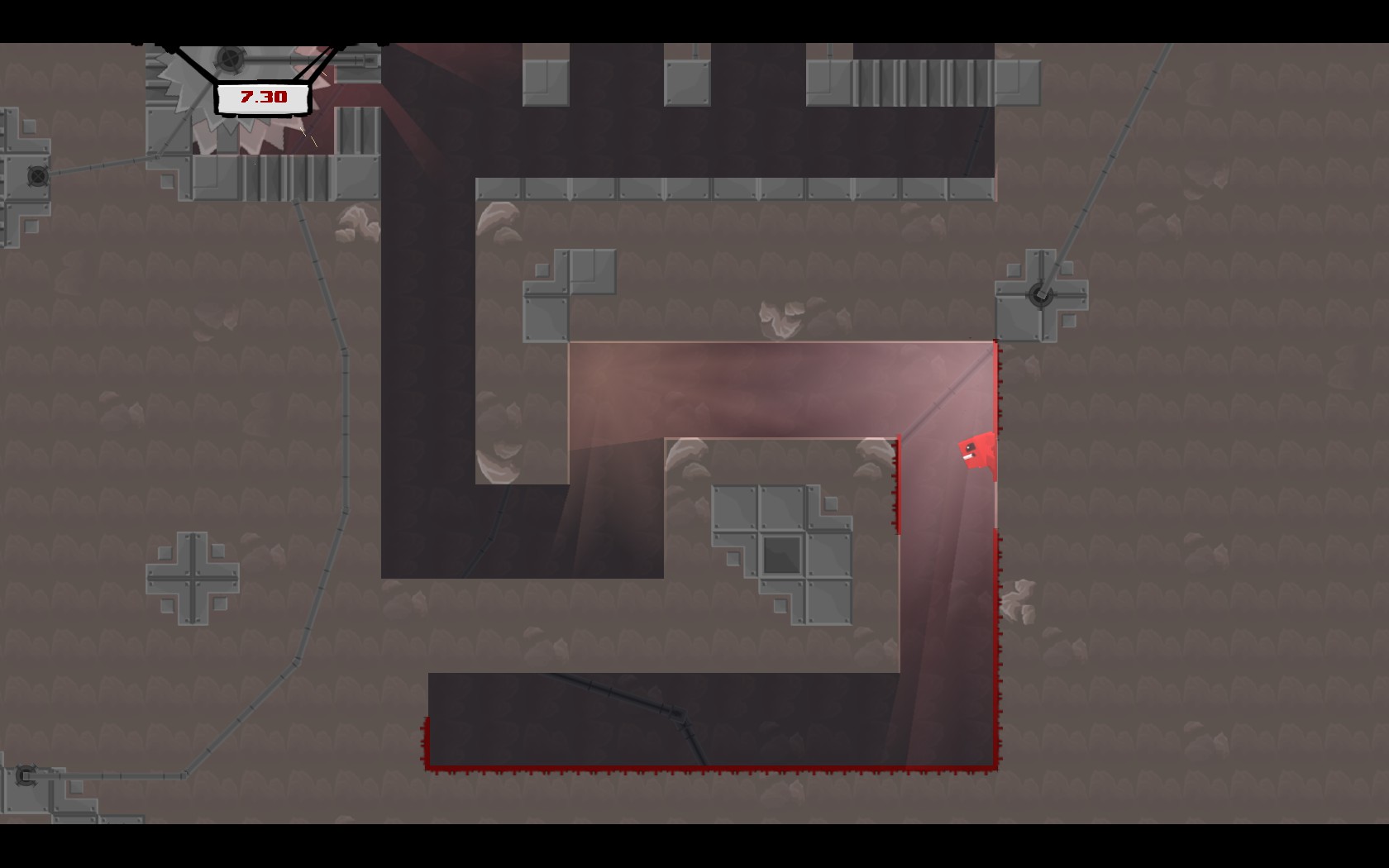 This tells you that levels in Super Meat Boy may be bigger than one screen. Note we’re never worried about going out of bounds - by the time we reach the edge of the initial screen, we’ve seen the screen scroll. This primes the player to continue jumping to the top, even if they died by going out of bounds on 1-2. 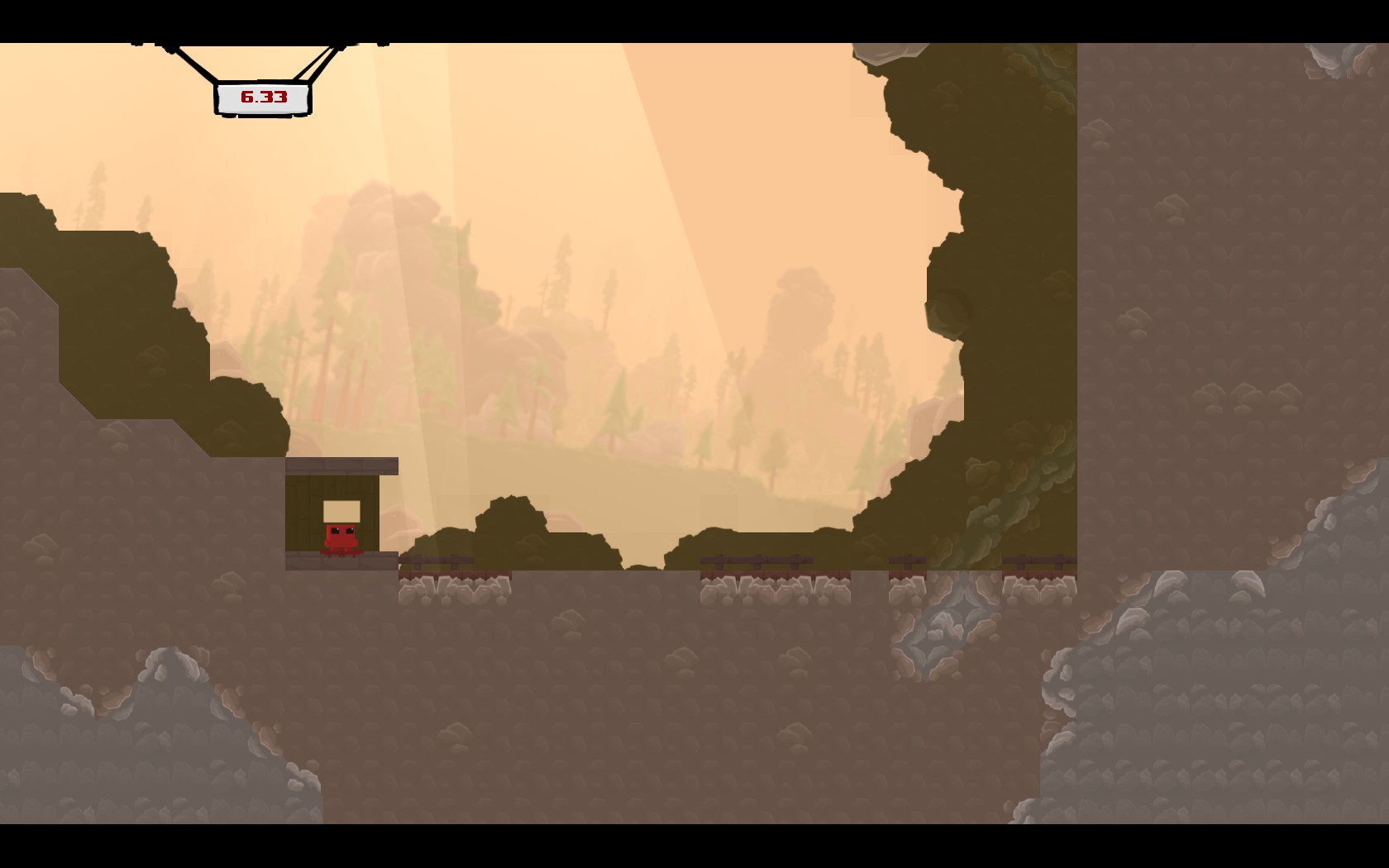 The natural inclination is to go up. Why not left? Well, if you went left on 1-2, you died, but if you didn’t, note this part I’ve circled in red. 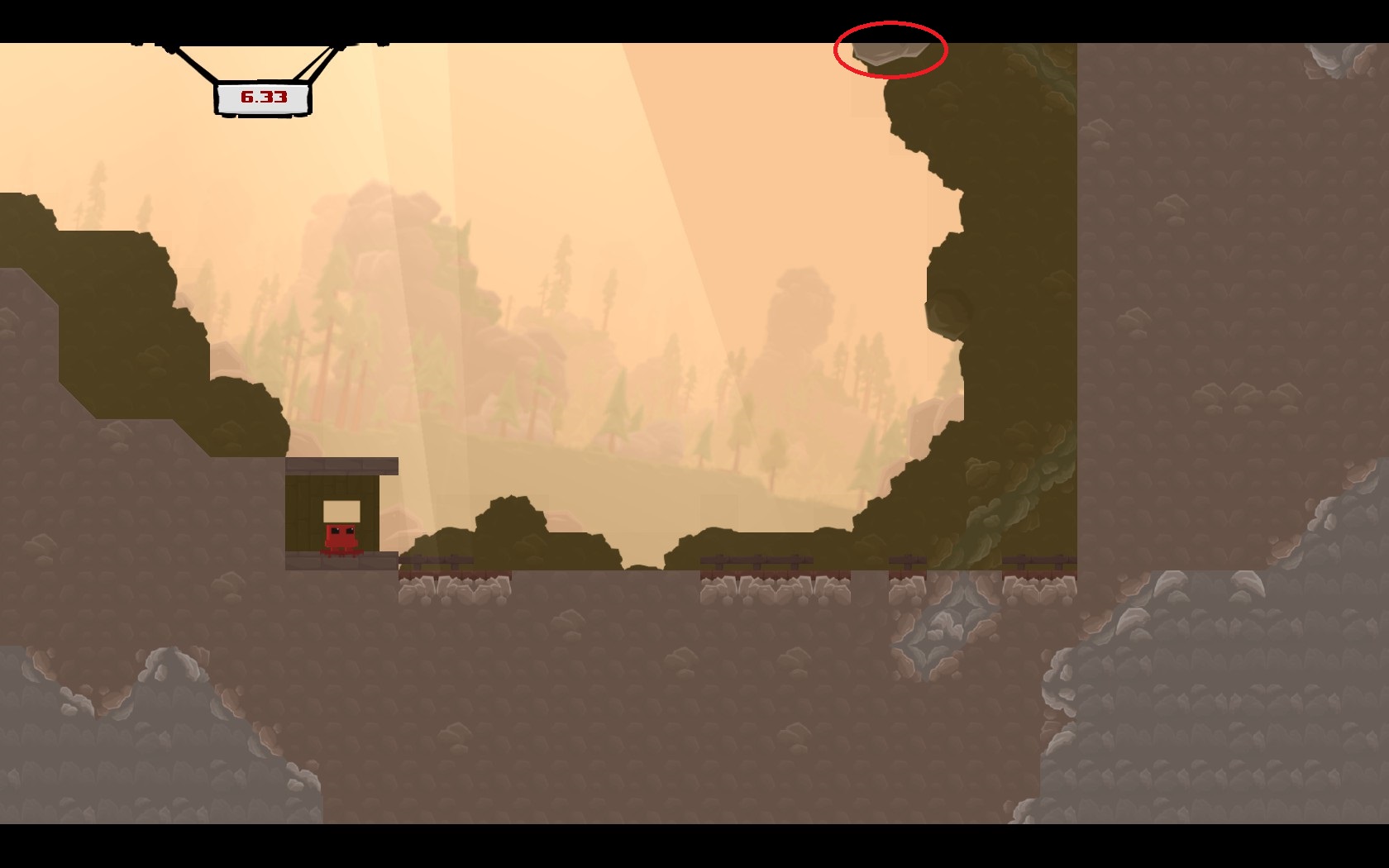 It’s incomplete. There must be more to the level off the top of the screen. We know the screen scrolls, so let’s go up. The only way to go up is to do walljumps off a single wall, so now you know how to do that too.

So to recap, here’s the game mechanics learned so far.

This is all taught in the first minute of gameplay, with no environmental hazards. This all builds into 1-6. 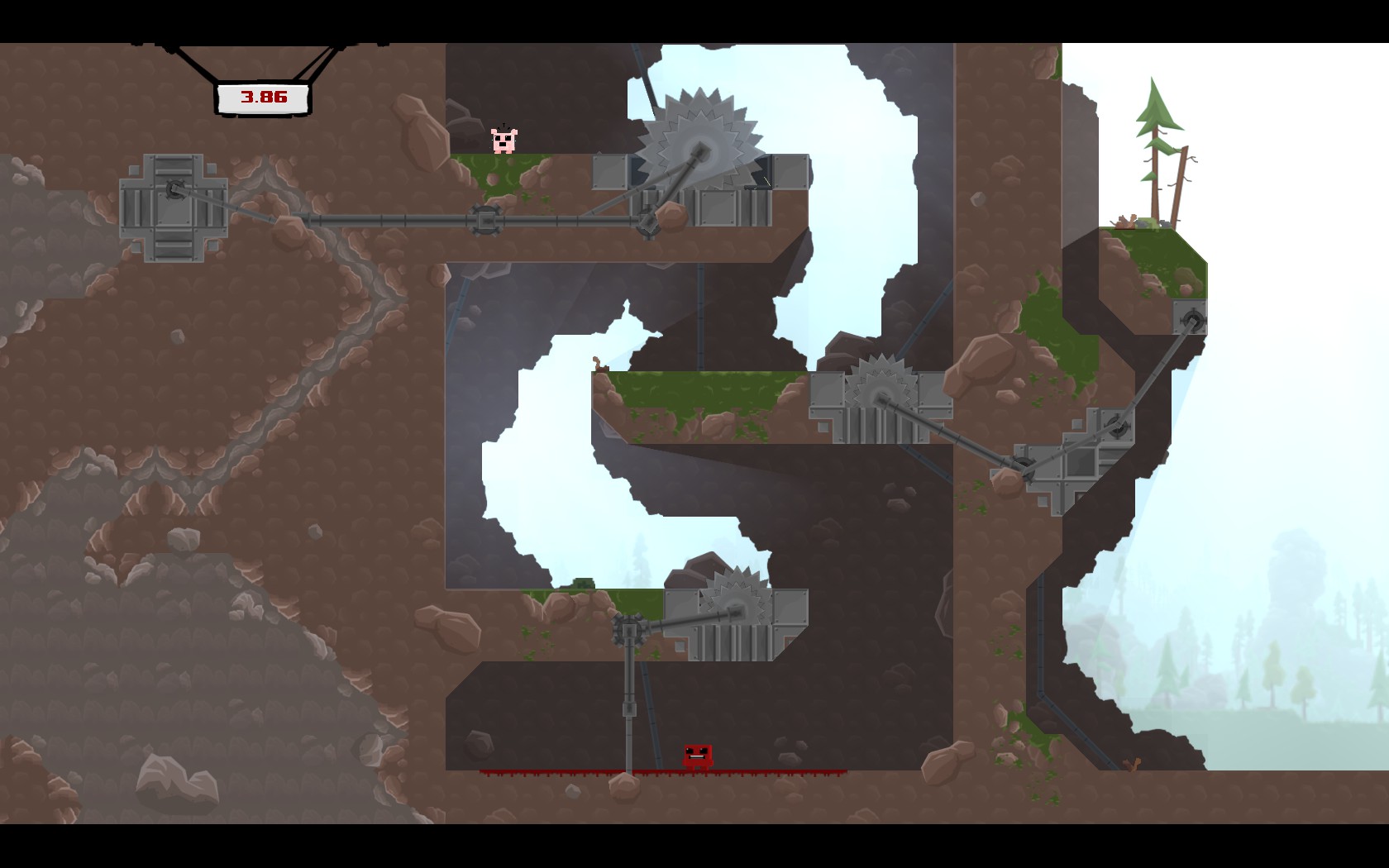 This is the first level where you can die by something other than going out of bounds. By this point, decorative sawblades have appeared in the past few levels, so seeing them as a stage hazard is no surprise.

At this point, the player will jump and walljump their way to Bandage Girl. They’ve been taught everything they need, even if they don’t recognize it, and if they hit a sawblade, it’ll be their fault.